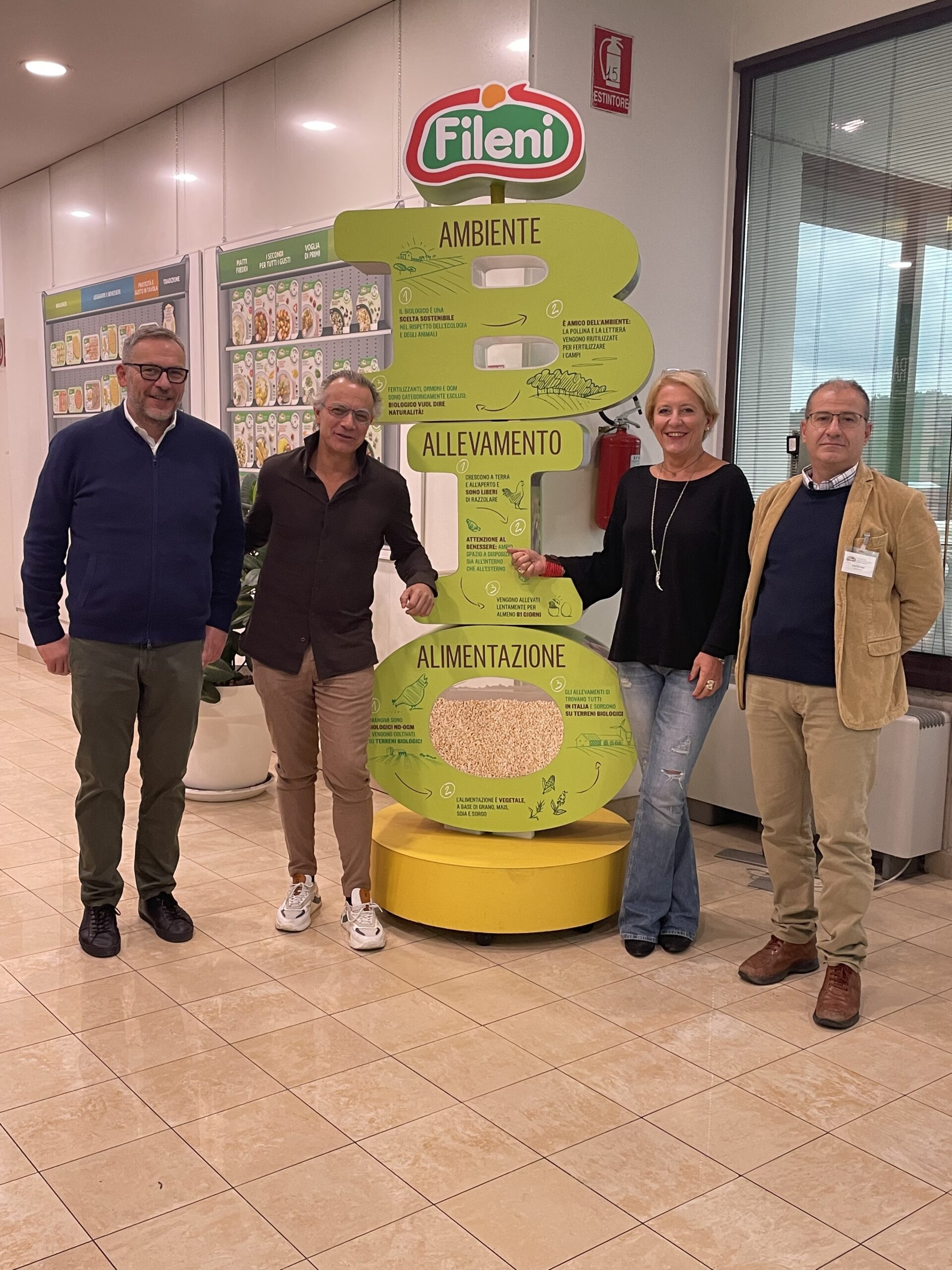 With the aim of promoting sustainability, in addition to education, safety, and mobility, a new meeting was organized for MARCHEDUCATE, an educational event promoted by the Motomorphosis Cultural Association, which involved Massimo Fileni, Fileni vice president spa, Andrea Carinato Cavalieri Ducati – President of the Motomorphosis Cultural Association, Roberta Fileni – AD Fileni spa, and Rosalino Uscì – AD 3P Engineering and Dissemination & Networking Manager of LIFE CHIMERA. The Fileni company, the leading Italian and European producer of organically farmed poultry meat and the third player in the national poultry and rabbit sector, on the market for over 40 years with headquarters in the Marche region, in Italy, was the first company to host the initial prototype of CHIMERA in 2018. It is constant its commitment to sustainability, in the name of responsibility and respect for the environment, as placing farms close to meat processing and production plants has allowed a significant benefit for animal welfare and advantages in the reduction of polluting emissions. Being environmentally sustainable for Fileni also means having adopted an energy efficiency and saving plan among the first, to move towards a zero impact of energy consumption thanks to the commitment to use only electricity that comes from renewable sources. Furthermore, during the meeting it was recalled how Fileni is engaged in the project ARCA Agriculture project for controlled regeneration of the environment, for a new method of sustainable agriculture, which starts from the regeneration of the environment to arrive at a more comprehensive regeneration territory based on the circular economy. It is a further point in common with the LIFE CHIMERA project which aims to propose a new model of circular economy for the poultry sector, obtaining fertilizer and energy from chicken manure thanks to a new technology based on two patents.